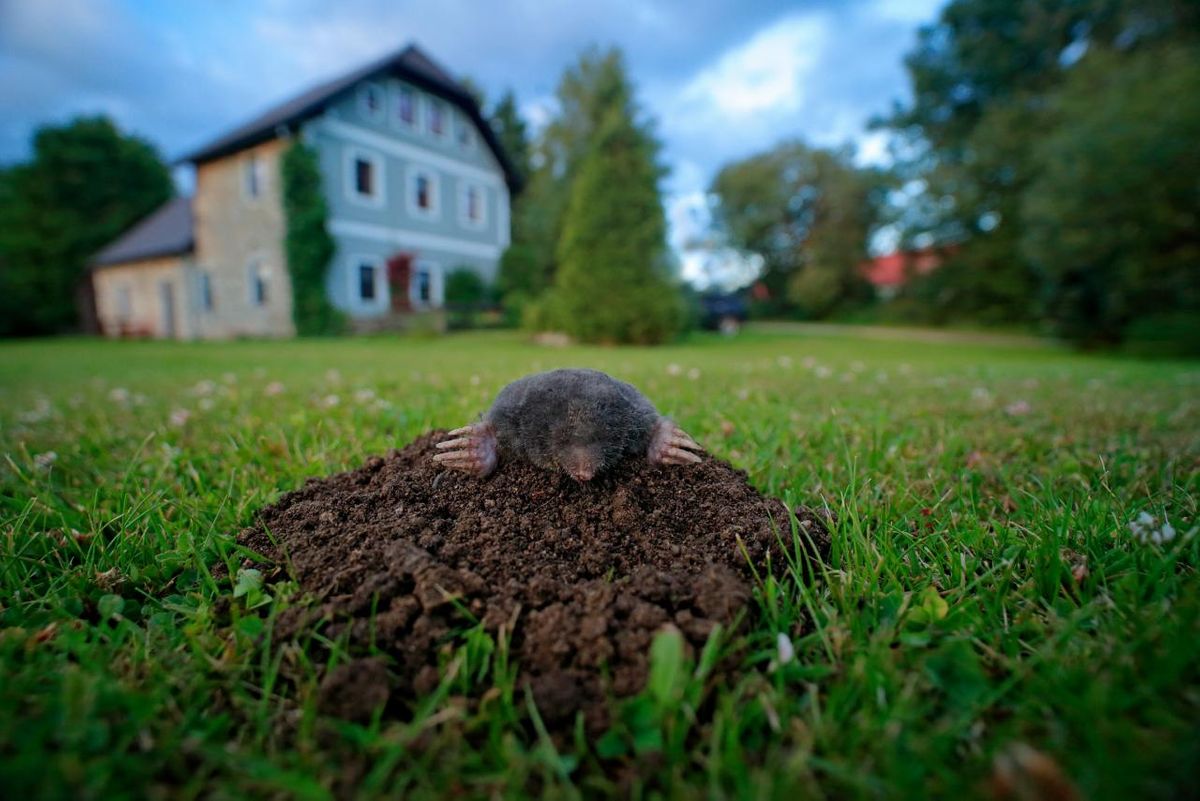 The Repellent Properties of Castor Oil

It is hard to believe that I would ever write a blog article on castor oil. Decades ago, when I was sitting in between classes at the University of Arkansas, waiting on another chemical engineering class to start, the thought of writing such a piece as this did not cross my mind. But, here we are and here we go.

Castor oil, also known as Ricinus communis Linn, Euphorbiaceae oil. Castor oil is a vegetable oil pressed from castor beans (seeds) of the Ricinus communis plant. It is a colorless to very pale-yellow liquid with a distinct taste and odor. And yes, it does have a very impressive molecular structure (see image to the right).

These seeds, which are known as castor beans, contain a toxic enzyme called ricin. This is the same compound that has been used in terrorist attacks but my mission is to help and protect, not hurt and destroy. However, the heating process that castor oil undergoes deactivates it, allowing the oil to be used safely.

Castor oil has several medicinal, industrial and pharmaceutical uses. It is commonly used as an additive in foods, medications and skin care products, as well as an industrial lubricant and biodiesel fuel component.

In ancient Egypt, castor oil was burned as fuel in lamps, used as a natural remedy to treat ailments like eye irritation and even given to pregnant women to stimulate labor. Today, castor oil remains a popular natural treatment for common conditions like constipation and skin ailments and is commonly used in natural beauty products.

Castor oil also has strong, natural repellent properties due to its taste and odor. The research team at Zone Protects has utilized Ricinus oil (castor oil) as the active ingredient in several highly effective repellent products.

Nature often, if not always, serves humankind with its vast array of plants offering certain medicinal properties. When used in the right manner, plants can be highly safe and effective to treat and heal many ailments.

Herbal remedies have been used on diseases as far back as humankind. The use of several natural plants throughout history have shown efficacy in eliminating worms. The referenced white paper details experiments conducted using castor oil on the adult earthworm. This was done due to the similarities between parasitic worms and earthworms.

Data shows that at low doses of exposure to castor oil, the earthworms were paralyzed and soon died under experimental conditions.

During the summer of 2021, the southern United States experienced an invasion. The foreign invading force was the notorious armyworm.

The armyworm can cause severe damage to grass and forage crops. Damage varies in appearance and severity according to the type of grass and management practices. They are most numerous in late summer or early fall.

The fall armyworm, Spodoptera frugiperda, is a chronic pest in the Southeast. More than 60 plants have been reported as hosts of the fall armyworm, including forage grasses, corn, alfalfa, cotton, soybeans, and most vegetable crops.

When faced with a quickly developing problem in the south, Zone Protects conducted the research and utilized the anthelmintic study noted above to develop an armyworm eradicator and prevention product. Since castor oil was shown highly effective at low doses to paralyze and kill earthworms, it was a valid theory that the oil would do the same for armyworms.

Within one week, Zone Protects developed Worm Wipeout spray based on the data from the earthworm study. Initial field trials of the product on highly infested lawns proved 100% effective. Once an active armyworm was hit with a misting of the castor-oil active Worm Wipeout, it immediately became immobile and died within a minute.

In addition, the castor oil treatment found in Zone Protects Worm Wipeout is safe and effective. Harsh pesticides were used as the traditional treatment to eliminate armyworms but local veterinarians noted a spike in sick dogs who ingested the harsh chemicals.

So many jokes have existed about the lowly armadillo as roadkill. Somewhere in the DNA of the ‘dillo, looking both ways before crossing has misfired. Similar to 18-year-old males on Spring Break, the armadillo is hyper-focused but instead of seeking girls, the ‘dillo seeks food in the form of worms and grubs. That food source is easily found just under the ground in your beautifully landscaped lawn.

Wild animals can pose a problem in the home garden and lawn. Mole/gopher hills pop up overnight, skunks dig up prized plants in search of grubs, and squirrels unearth your bulbs and render them useless for the bloom season. One way to minimize the damage that naturally occurs when animals forage is to use castor oil as pest control.

How does castor oil work as a repellent? This natural deterrent spreads its odors into the ground that moles/gophers hate and may even give a flavor to the grubs and worms in the soil that disgusts the moles/voles/gophers, forcing them to look elsewhere for food.

It has the same effect on armadillos so you better try Dillo Dun!

Zone Protects Eviction Liquid is the ultimate mole/vole/gopher repellent. Available in a hose-end sprayer and containing fertilizers, Eviction Liquid “evicts” the pests already living in your yard and prevents re-infestation.

Time to Evict These Moles!

The ready-to-use 32oz hose end sprayer is the first of its kind on the market for the application of castor oil-based products. All other liquid competitor products require the consumer to mix in their own container and risking applying too much or too little, potentially damaging your lawn or not being effective. Stick with your trusted brand and Zone Protects and “evict” those burrowing pests with Eviction Liquid.

Zone Protects Dillo Dun is a perimeter spray that protects your lawn, gardens and flowerbeds from the scavenger armadillos. Zone Protects Eviction Liquid covers your entire yard and evicts moles and gophers for good.

Always trust Zone Protects to conduct the research and develop the products that help and protect. www.zoneprotects.com